When I first landed on the street I was small boy. When I was 15 I went to wilderness survival and lived in the Henry Mountains winter of 2002. I slept outside for 45 days in the mountain and turned 16 in the the southern mountains and desert of Utah.

After that I lived with my grandparents again a few months after getting home I was in a horrible car accident and a young girl lost her life. This memory buried me into a pit of despair when I think back to those days. I don’t pay attention to emails, or most phone calls and I try not to focus on the past. I just imagine a better future.

After I got back from Afghanistan I came from a dark place. I was trapped there for years and just recently broke free. When I was in Afghanistan my ex-wife spent all my money, she lied about it the whole time I was there. However, I forgave her and upon returning home she became pregnant with my second child, my son. He helped me see that I needed to be something different, however I could not find happiness with his mother. She hated me for joining the Marine Corps and seemed to despise me because of my Patriotism. This bothered me and after burying myself in work for years I saw my marriage fall apart. The dark place I was in was brightened by my son and I knew that I had to become something different. After leaving my wife in 2014 I went and sold door to door for Vivint. We lived in hotels and apartment complexes ones rented out and we didn’t have to pay for them until the end. Unless we sold 60 accounts which I did. So I was able to get a place to live based on my ability to sell things.

Fast forward a few years and I am living in my friends basement. He was doing heroin which was intense to watch and I still worry about him, he struggles with the addiction. My brother is the same but that guy has been clean for 3 years, different beast to say the least but he has pushed through and stayed clean. He doesn’t drink, smoke pot or do anything. This was a wild time for me and I was working but paying most of it to child support and giving my children way more than I ever had when I was there age. But living in my friends basement wasn’t working out and his wife through me out. I could not get an apartment because my credit was/is shot and I did not want to place a financial burden on my grandmother.

I went to the streets, I had a Subaru Impreza the first year I was homeless. It was like sleeping in a 4 star mobil-hotel, honestly better than sleeping in Afghanistan where at the end I had a cot and a roof to sleep under. When I was homeless on the streets of America I still worked. The housing market was high and my credit was still shot so getting into a place would require a co-signer and I just don’t ask that question, unless its my wife. So here I am working, sleeping in my car. Mind you, you can’t sleep in the parking lot of camping sites inside your car in Utah. You have to walk at least a couple feet from your car and sleep in a tent or hammock. Cops actually enforce this more than they stop other crimes like child molesters or violent criminals.

I was still able to eat, go to the gym to sit in the sauna and take a hot shower. Then I just camped in the streets of America, for the most part it was a choice. Sometimes I would get a hotel or AirBNB but usually slept under the stars. For about 18 months out of the last 7 years. It got worse from the first time to the last, but eventually it ended with me in an apartment.

I am still here now, working daily to better myself going back to school and hoping to start a career in writing, hence this blog post.

Needless to say this story will continue how each time I fell I was able to get back up again.

June 7, 2022
A Social Re-Construct; Reforming a society for a future tomorrow.

A Social Re-Construct; Reforming a society for a future tomorrow.

You may have missed

June 7, 2022
A Social Re-Construct; Reforming a society for a future tomorrow.

A Social Re-Construct; Reforming a society for a future tomorrow. 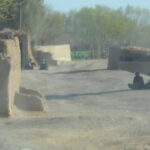